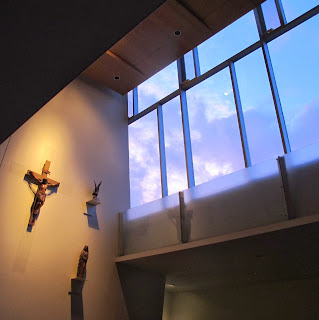 In 1986 I was a pilot with the Canadian Air Force and was put in charge of a search for a missing light aircraft with two people on board. During the search two of the searching aircraft, one military and one volunteer civilian aircraft, crashed killing all 11 people.
There are many words that are antonyms of JOY and for over ten years I suffered from most of them, primarily grief and depression. I also developed several other problems both physically and mentally. Since I was no longer useful to the Air Force I was released with the primary symptoms of major depression and Post Traumatic Stress Disorder (PTSD). As a result I continued to spiral downward.
Then two things happened, I was placed under the care of a different psychiatrist and I began discernment as an Oblate. After a long struggle and although I still face both physical and mental issues, I began to experience joy in my life once again.
My entire reading seemed to be meant for me but two verses stood out.
Psalm 71:20 You who have made me see many troubles and calamities will revive me again; from the depths of the earth you will bring me up again.
Psalm 71:23 My lips will shout for joy when I sing praises to you; my soul also, which you have rescued.

As we journey through advent, remember the difficult journey made by Mary and Joseph, and then their joy at the birth of Jesus.

Nora Bottomley
Posted by Sisterhood of St. John the Divine at 9:49 PM