"But Jesus stooped down, and with his finger wrote on the ground, as though he heard them not. (John 7:53-8:11KJV) 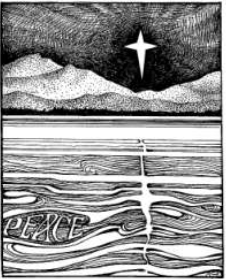 I see you today in the temple teaching. The people were standing before you listening. The scribes and the Pharisees brought a woman and set her in the midst. They asked what should be done to her, since Moses commanded that such a woman should be stoned. You bent down and wrote with your finger on the ground. It was not Moses commandment in the law that made them inquire. They wanted a reason of accusation against You, O Heavenly Teacher, how humble are You! The scribes and the Pharisees sat on the seat of Moses, but they did not offer You the respect due to a teacher. They saw You sitting in the temple teaching, but they did not realize that You are the Master of the house. They saw You sitting on a seat in poor clothes, but they did not recognise You, the Lord Adonai who "is sitting upon a throne high and lifted up, and your train fills the temple". (Is 6:1 KJV) ... the temple of heaven which Isaiah saw in the vision.

They saw men, women, and children, publicans and sinners standing before You. They did not realize that "there stood the seraphims: each one had six wings; with twain he covered his face, and with twain he covered his feet, and with twain he did fly. 3 And one cried unto another, and said, Holy, holy, holy, is the Lord of hosts: the whole earth is full of his glory" (Is 6:2). Isaiah had this vision 700 years before Your birth, "Then said... Woe is me! for I am undone; because I am a man of unclean lips, and I dwell in the midst of a people of unclean lips: for mine eyes have seen the King, the Lord of hosts". (Is 6:3) As for the scribes and the Pharisees, they beheld the Incarnate Lord in His splendour, glory and meekness. Yet, they did not realize their own uncleanness of lips by which they uttered their question. Isaiah confessed that he is a man of unclean lips dwelling in the midst of people of unclean lips Then flew one of the seraphims unto him, "having a live coal in his hand, which he had taken with the tongs from off the altar: And he laid it upon his mouth, and said, "Lo, this hath touched thy lips; and thine iniquity is taken away, and thy sin purged".(Is 6:6-7) But the scribes and the Pharisees set the woman in the midst exposing her sin while hiding their own. They did not confess their sins nor the people's. Thus neither their sin was purged nor their iniquity was taken away. You stooped down writing with Your finger as if You were pointing out to them what they ought to do; to humble themselves and to fulfill the commandments of the law by which they desired to condemn the woman.

When they continued asking, You lifted Yourself up and said: "He that is without sin among you, let him first cast a stone at her" (John 8:7). You rose up after You bent down under the cross in order to answer this question and pass a final judgement on man who was sentenced to death because of his transgression. You lifted Yourself up proclaiming that in You "Mercy and truth are met together; righteousness and peace have kissed each other. Truth shall spring out of the earth; and righteousness shall look down from heaven" (Ps 85:10,11). As You answered the scribes and the Pharisees, You showed your zeal for the law and Your might in judging their consciences, hearts and intentions rather than their outward appearance. Therefore, the woman breathed a breath of hope through Your compassion and everlasting mercies. Amen.
–– Mervat Iskander

Posted by Sisterhood of St. John the Divine at 1:00 AM